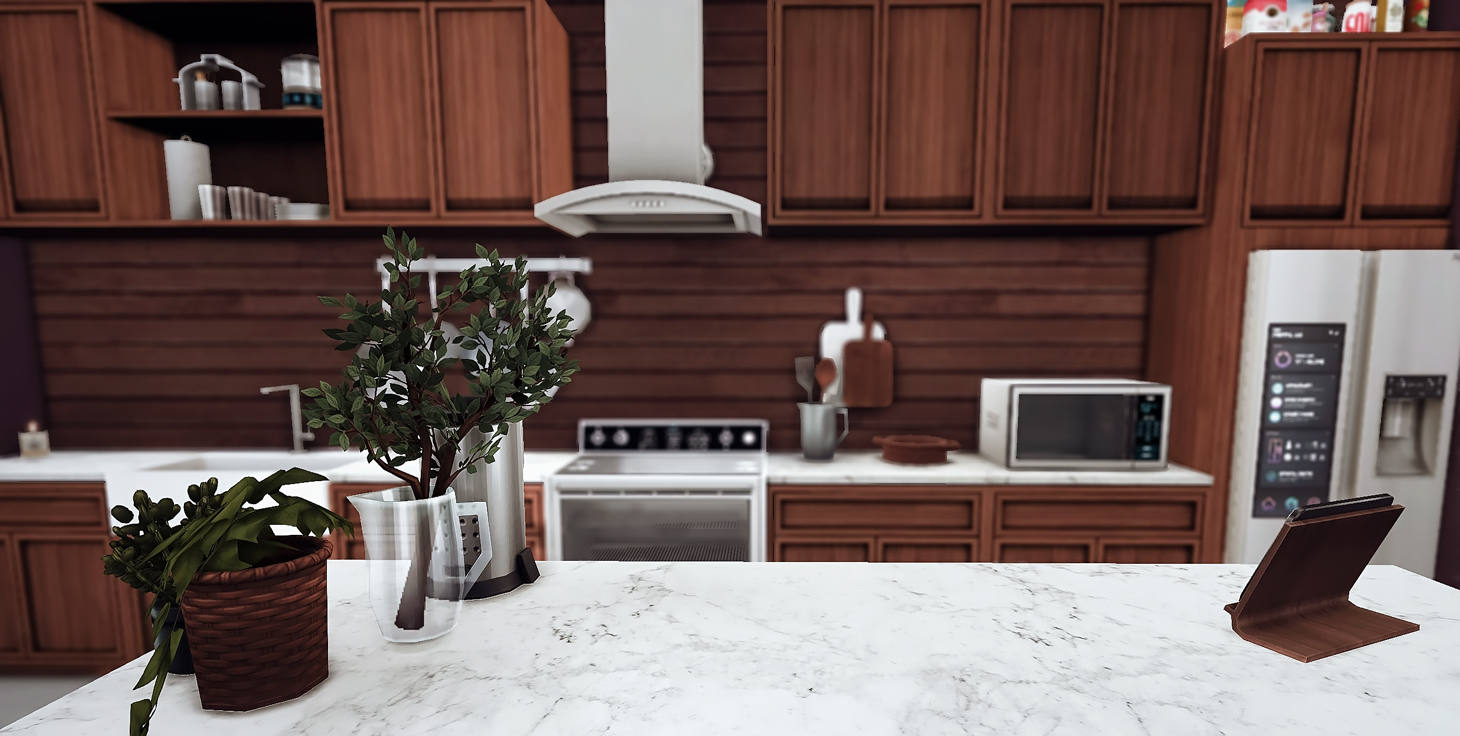 As I get more into my Realm of Magic gameplay, I am still focusing on the story of my characters. In my Larrieux Legacy (not based on the sims legacy challenge), my witch sim Queenee is dating a vampire by the name of Nikolas. She lives in a small cottage by herself. As a gift to her, I thought it would be nice if he paid to renovate her kitchen. Peacemaker, Felixandre, and LittleDica have released some beautiful kitchen sets over the past month. Of course, I have to use them all and I pick random sims to get new looks in their homes.

Before I show you the newly renovated kitchen, this is a little peek at Queenee’s kitchen in the background of this photo. I didn’t take too many screenshots in her kitchen before I changed it. It was using the counters from the Parenthood pack and it was mostly white. This update is quite a drastic change. 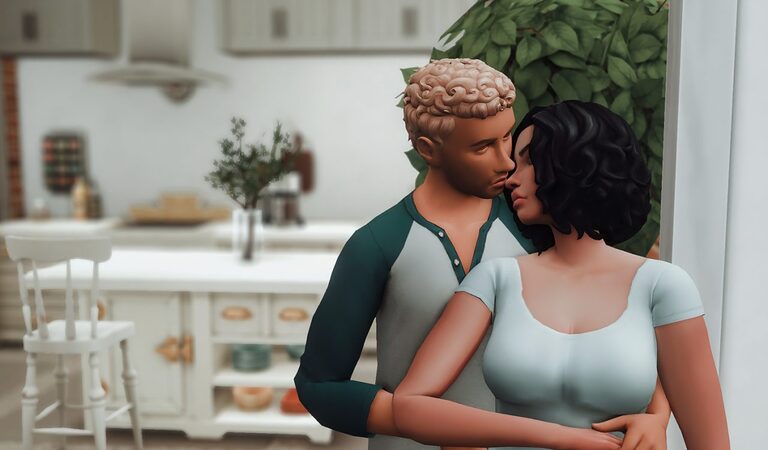 The walls are dark purple and the wall behind the counters is using a wood wall covering by Peacemaker. Now, here is the after: 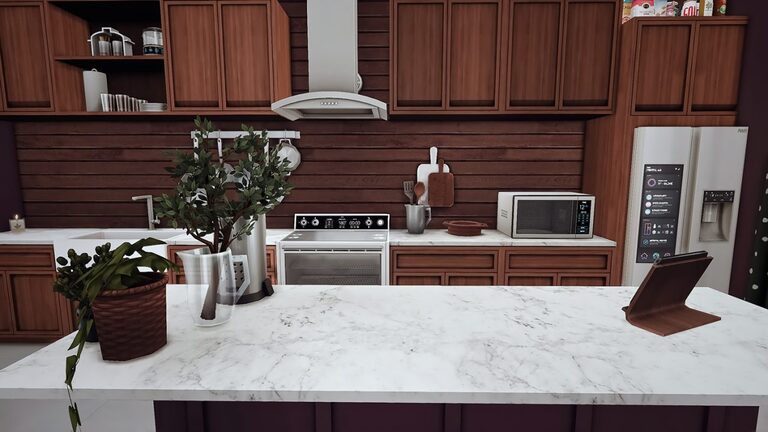 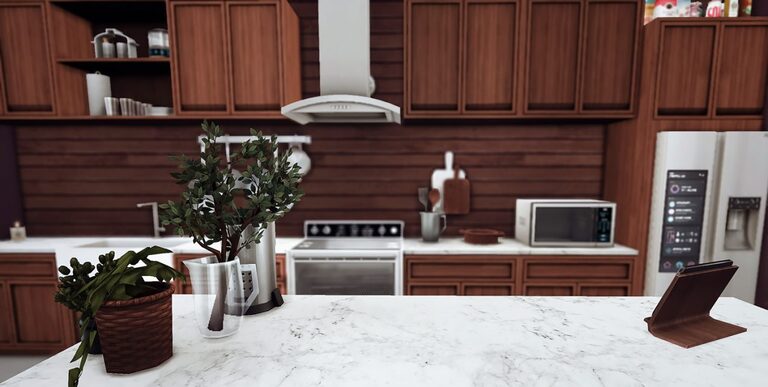 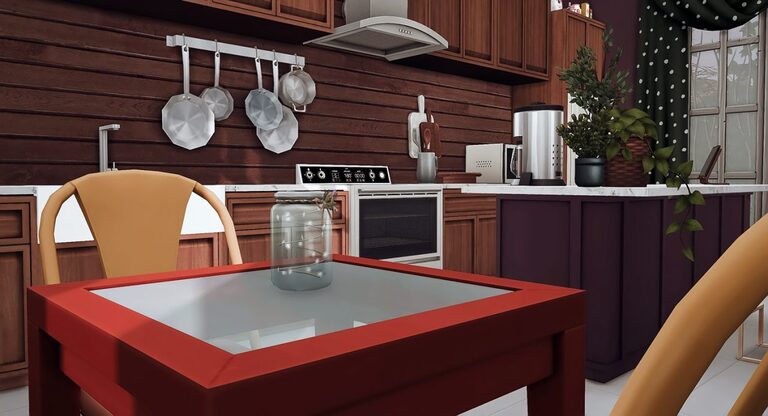 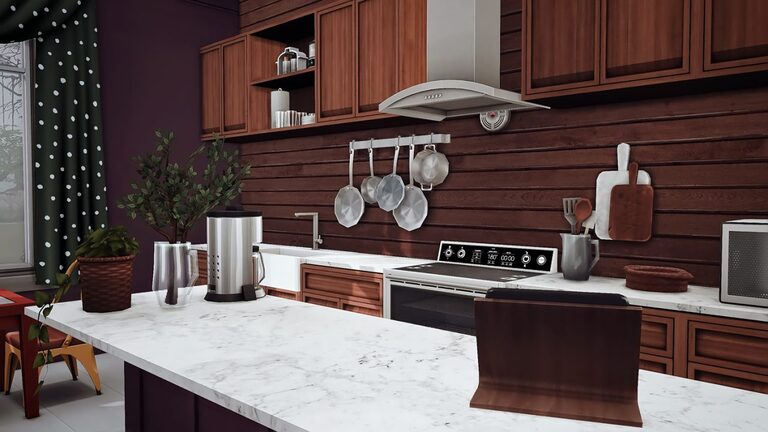 One of the neatest things in Littledica’s new set is the refrigerator. The door is slotted to place that smart panel, which functions as the smart speaker that was added in game with the Get Famous pack. So now your sim can have their very own function smart fridge.