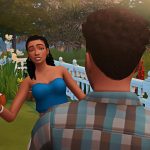 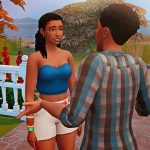 Wes really surprised Lani this time. After about 3 hours of driving, they arrived at their destination. “Boy, what are we doing here? Is this your parents house? Am I meeting them dressed like this!?!?!”

Wes laughed. Her reactions are priceless. “Yes and no. This used to be our summer home when I was kid. And… I need to talk to you about them.”

She could hear the wavering in his voice. Whatever he is about to say, it feels like this is going to be a rough conversation. I hope I can be supportive. “I’m listening.”

Wes went on to tell her that his parents are bio research scientists that met when they were in their doctorate programs. They were both invited to work with the government on confidential research studies after they graduated. During one of their projects and testing, things went terribly wrong and everyone involved in the lab work got very sick. Wes’ parents’ health improved as they had taken precautionary measures to boost their immune systems. Unfortunately, it was not enough as their brains were still affected by the mysterious disease. They both currently reside in private facility not far from Wes’ grandparents. There are only 6 patients total and the entire place is run using savings his parents kept over the years.

Kehlani had no words. She had no idea.